More than 100 Kinship Carers(1) from across Scotland(2) descended on Glasgow’s City Chambers today for the launch of their national Alliance which has been formed to campaign for the rights of the children in their care. The launch was attended by a range of MPs, MSPs, Councillors and civil servants as well as heads of Social Work, Police, and Scotland’s Human Rights Commission and Children’s Commission(3) and was hosted by the Lord Provost of Glasgow – Sadie Doherty.

Please read on for a report of today’s high profile launch and links to the extensive press coverage (at the bottom of the post).

See the video from the event here. 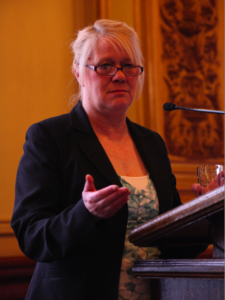 Jessie Harvey, Chair of Kinship for the Future North, gives a rousing speech which received a standing ovation.

Scottish Kinship Carers, the majority of whom are grandparents, claim they have formed the national Alliance to address ‘institutionalised discrimination’ from Local Authorities and the Scottish Government against the children in their care. Chair of the Alliance and Kinship Carer from Dumbarton, Anne Swartz spoke alongside other Kinship Carers at the event. She says:

“We are sick of seeing the children in our care suffer without the basic support from Local Authorities. Kinship children are routinely written off and discriminated against while foster placements have access to a wide range of support and services. Enough is enough. We have come together to put a stop to this institutionalised discrimination and fight for the rights of our children.” 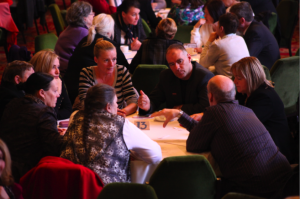 Tommy Sheridan speaks with Kinship Carers at the launch

“The Alliance was partly formed in response to large charities being tasked with representing and supporting Kinship Carers. We do not feel that these agencies represent us, and want direct access to policy makers and politicians. We are the experts with the best knowledge of the issue and it’s solutions. From now on we should be the first port of call on Kinship Care for all service managers and policy makers.”

Simultaneously Buttle UK, the leading children’s grant-giving charity, launched the second part of their ground-breaking report called The Poor Relations? Children and Informal Kinship Carers Speak Out – the most comprehensive study to date of the impact of informal kinship care arrangements and the huge challenges that the group faces with very little existing support. Buttle UK’s Scotland manager, Anne Marie Peffer, revealed the key findings at the Scottish Kinship Care Alliance launch, a few hours before the report was officially launched at an event in London. 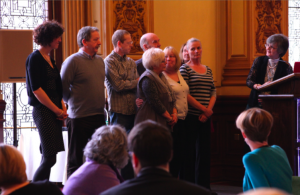 SKCA Committee on the stage

She stressed that although some Kinship Care placements are supported by the Local Authority, the majority are informal arrangements not automatically entitled to any support. The Buttle UK claim that each child cared for by an informal kinship carer saves the taxpayer between £23,500 and £56,000 a year, yet many of these carers find themselves in extreme poverty as a result of having the children. Fewer than a third (31%) of the families can provide all the eight basic items considered by most of the population to be necessities, like heating, cooked meals and winter clothes. 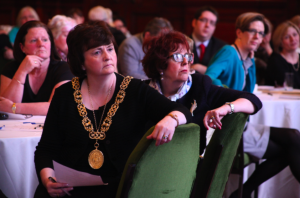 The report also revealed that many of the informal kinship carers (73%) have long-term health problems or disabilities and a third of their lives are restricted by pain. As many as two-thirds (67%) are clinically depressed. According to the carers they interviewed most of the children (88%) had been abused or neglected whilst they lived with their parents. It also showed that the informal kinship carers’ commitment to the children provides them with psychological security and stability. As a result the children are doing well; considerably better than children in care. 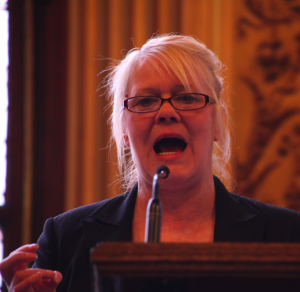 In June 2011 Buttle UK’s first Kinship Care report quantified kinship care in the UK for the first time by using the 2001 census data. It showed that 15,000 (or 1 in every 71) children in Scotland were being brought up by grandparents or other relatives. The figure is likely to be even higher today. Local Authorities in Scotland currently recognise and support only 1,736 children in Kinship Care who are legally classed as ‘Looked After Children’. 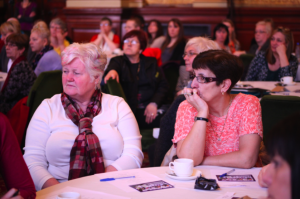 “This report puts a spotlight on the huge personal cost faced by relatives who are bringing up a child. Kinship Carers keep children out of the care system and with family where they have stability and continuity., The children are thriving but we have been taken aback by the poor health they suffer and the severity of the financial hardship they are enduring. While scrimping and saving, unable to provide even basic items, they are saving the Scottish Government millions in care costs each year. We hope this report will help them get the recognition and support they deserve” 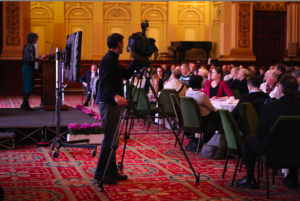 The Buttle UK’s report recommends that a UK wide financial allowance for all Kinship Carers is introduced, that statutory services stop turning away informal carers looking for support, and that Kinship Care policy and practice are improved significantly.

Scotland’s Kinship Carers were inspired to set up a national network after meeting a vocal Kinship Carer and campaigner from Northern Ireland. Kinship Care Northern Ireland will be a sister group to the Scottish Alliance. They have achieved huge successes back home by taking a legal approach to Kinship Care. The group’s chair and leading light Jacqueline Williamson spoke by video at the launch. She says:

“The 2001 Munby Judgement and other subsequent rulings state that children with ‘looked after’ status living with kin are entitled to the same type and level of support that is routinely provided to foster carers for the children in their care. This makes it unlawful to treat children placed by Social Services with kin differently from children in foster care.

However, this is not the whole picture. The system for supporting kinship families is in urgent need of overhaul. Children should not be better off financially or in any other way in foster care than living with members of their own family. Everyone – politicians, policy makers, social service professionals and those working in the social care sector have it within them to do the right thing. I am delighted to see kinship carers in Scotland now have a voice. It is now time to do the right thing.” 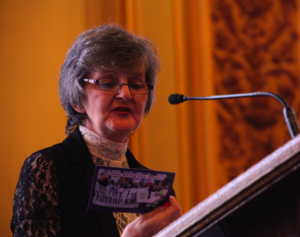 Anne Swartz, SKCA Chair holds a pledge card to be filled in by guests.

The Scottish Kinship Care Alliance launch has been timed to coincide with negotiations on the new Children and Young People’s Bill which will be discussed in late April and proposes a number of changes to Kinship Care provisions. Alliance members want to ensure that they are included and heard in the Bill formulation process to make it as effective as possible for their children. 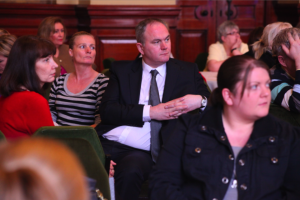 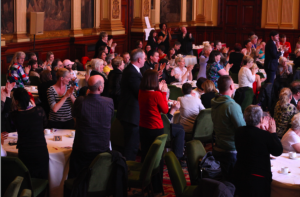 s in fight for greater support

The Herald, Kinship carers deserve to get a better deal

Local News Glasgow – The ties that bind an Alliance

The Buttle UK’s report can be read here.

Marking the 60th anniversary of its founding this year, Buttle UK is the largest grant-giving charity in the UK directly supporting children, young people and families. It has direct, credible experience of issues relating to poverty and education.

Buttle UK is named after Frank Buttle, a remarkable man whose hard work and personal sacrifice helped establish the grant giving programmes which have made a real different to the lives of children and young people in need since 1953.