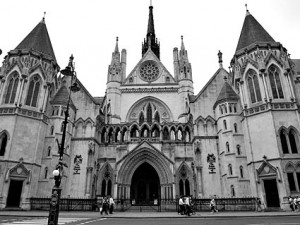 9th July 2013.  A case in Tower Hamlets, London, has resulted in another landmark ruling that Kinship Carers are entitled to the same level of support as foster carers. The ruling recognises that foster and kinship carers take care of children with comparable needs and vulnerability, and essentially do the same job, yet foster carers are very well supported and many Kinship Carers receive very little or even nothing.  It is worth noting that the situation in Scotland is much worse than the case mentioned here, as very few Kinship Carers would receive the £200/week stated here. In fact the average Kinship allowance (which varies across Scotland and is only available to Kinship Carers on certain legal orders) is around £60/week.
It is time a similar case was taken in Scotland to challenge the institutionalised discrimination between children in foster and kinship care here.  Any lawyers do get in touch!

In a landmark case with wide with ranging implications for all local authorities who pay less to family and friends carers,  the Court of Appeal has ruled that kinship foster carers should be entitled to the all the support and benefits as unrelated foster carers.

Rebecca Chapman of Ridley & Hall Solicitors, solicitor for the aunt who brought the case explained why the decision was so important:
“Since 2001 family and friends carers should have been paid the basic fostering allowance as unrelated carers. This payment only covers the basic cost of looking after a child. But most local authority pays its own foster carers significantly more than this basic sum.”

“This can be a very large sum. In this case the kinship carer received around £600 per week to care for three disabled children, whereas an unrelated foster carer would have received over £1200 per week to care for the same children. North Yorkshire pay a premium to foster carers of between £46 to £81.82 per week which family and friends carers cannot receive. Blackburn with Darwen pay an additional £56 per week per child which is not immediately available to family and friends carers.

Kinship carers are now entitled to request the local authority to provide training and access to the fee scheme. Many local authorities operate schemes where unrelated foster carers can apply for extra fees for the children they care for due to their skills or qualifications. Kinship carers now can have access to training to allow them to develop the skills and qualifications in order that they can receive the increased fees.

In the case an aunt was looking after 3 very disabled children, who had previously been cared for by unrelated foster carers. Unfortunately the previous placements broke down due to the demands of the children and Tower Hamlets approached the aunt as a last resort to keep the children together.

Initially the aunt took Tower Hamlets to judicial review where the court found that they were wrong to discriminate between kinship carers and unrelated foster carers. Tower Hamlets appealed the decision. The appeal was heard and the judges gave their verdict on the same day. The appeal was dismissed with the detailed reasons to follow.

It was clear that where the Secretary of State provides guidance that there should be equity of provision and entitlement that the guidance should be followed unless there are good reasons for not doing so. The guidance in this case included Family and friends carers: statutory guidance

“It has been a long battle but I am absolutely delighted for my client. This means that she can now be treated equally compared to unrelated foster carer so she should be able to receive the same fees and training. This will have an enormous impact on my client as she will have enough money to be able to continue to care for the three very demanding children.”